KWFT is delighted to have attended the successful annual Ring the Bell ceremony in honor of celebrating the International Women’s Day which was held yesterday 8th March 2022 at the Pride Inn Azure Hotel in Westlands, Nairobi.

As a current trend, the Stock Exchanges around the world are hosting a bell-ringing ceremony to raise awareness for gender equality.

The Nairobi Securities Exchange (NSE) worked alongside the UN Global Compact, UN Women and International Finance Corporation (IFC) for the 8th consecutive year to organize the initiative. This year’s theme was “Gender equality today for a sustainable tomorrow”. The celebration aims at recognizing the contribution of women and girls around the world, who are leading the charge on climate change adaptation, mitigation, and response, to build a more sustainable future for all.

KWFT was delighted to receive a cordial invitation to give a key address, where the KWFT Managing Director, Mr. Mwangi Githaiga highlighted KWFT’s milestones achieved towards Women Empowerment based on the seven principles, this culminated into KWFT officially signing the Women’s Empowerment Principles (WEPs) and witnessed by the esteemed dignitaries, making KWFT the only women’s bank in Africa to be a signatory. This was a hallmark of KWFT’s commitment to promoting gender equality.

The Women’s Empowerment Principles (WEPs) was established by UN Global Compact and UN Women to offer guidance to company’s on how to promote gender equality and women’s empowerment in the workplace, marketplace and community.

In addition, KWFT’s Managing Director, Mr. Mwangi Githaiga was also a key participant in a panel discussion where they discussed imperative matters on promoting gender equality and improving access to finance and market.

This event fortified the pivotal role that KWFT plays in supporting women to achieve the Sustainable Development. 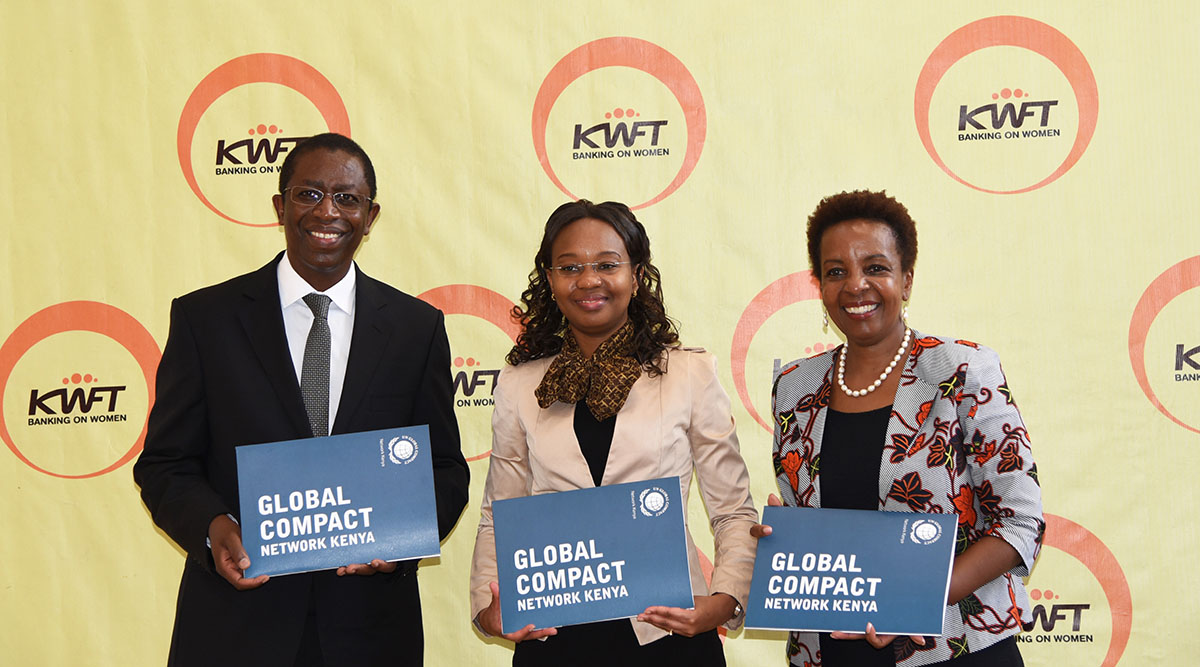 KWFT is delighted to be the first Microfinance to join the United Nations Global Compact Network as part of the Institution’s ongoing efforts to work collaboratively with like-minded partners to advance sustainability and support the delivery of the UN Sustainable Development Goals (SDGs). The launch event was held on 12th October 2021 at the KWFT Centre yesterday.

The UN Global Compact has grown to be the world’s largest corporate sustainability initiative and global movement of more than 13,000 businesses across 160 countries and works to accelerate and scale the collective impact of businesses by upholding the Ten Principles on Human Rights, Labour, Environment, and Anti-corruption as well as delivering the SDGs.

The Network will give KWFT a platform to showcase its journey in transforming the lives of its customers as well as learn best practices from other Network Members. The Institution commits to align its operations and strategies with the Ten Principles into its corporate strategy, value systems, culture, and operations.

In addition, KWFT will diligently keep track of the progress and share its successes with the rest of the Network Members, enhance its participation in the sustainable business and development space as well as position the Institution on social impact. 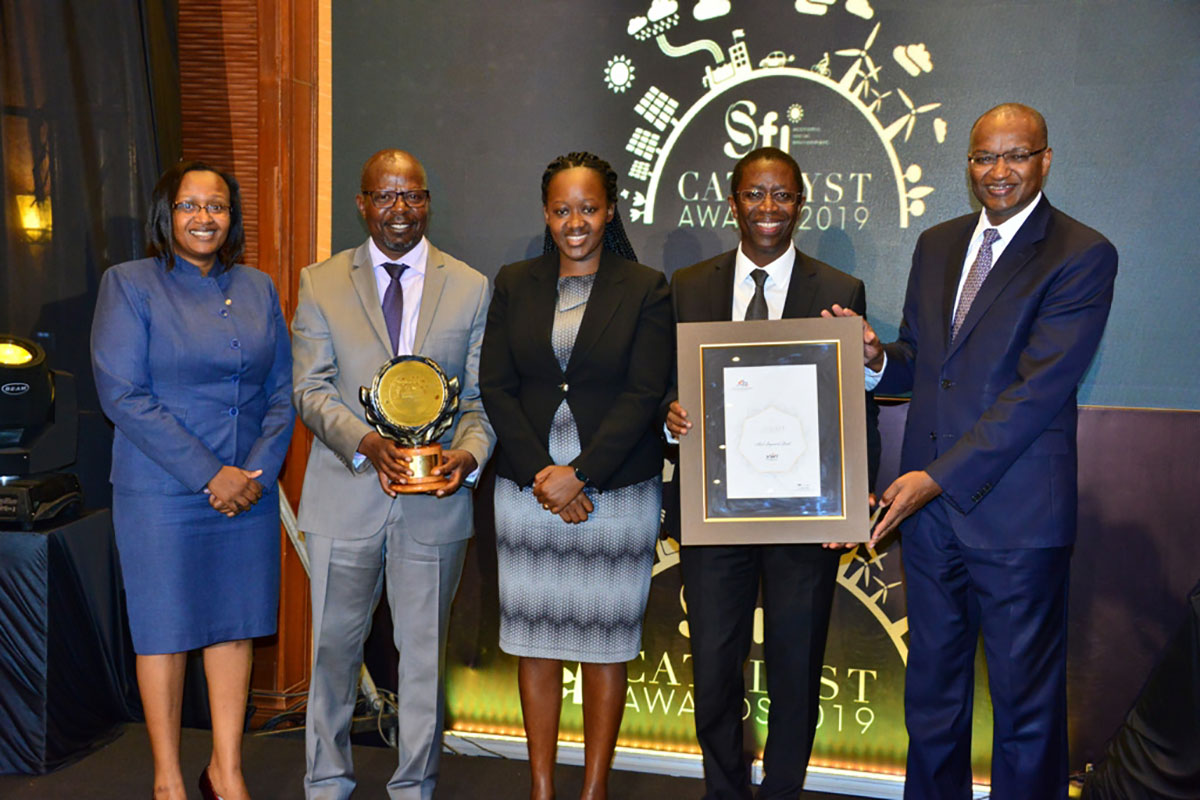 KWFT is delighted to have triumphed during the Catalyst Awards 2019. The awards launched the Kenya Bankers Association (KBA) in 2016, over the years have sort to recognize and celebrate institutions that practice catalytic finance which has a direct impact on the financial industry, economy and the society at large.

The awards celebration was held on Friday 15th, November 2019 at the Serena Hotel Nairobi and presided over by the Central Bank of Kenya Governor Dr. Patrick Njoroge.

KWFT’s performance was exceptional as we were the only Microfinance Bank which was awarded for having embedded Sustainable Finance Practices in all our banking operations.

The Institution submitted strong cases in its entry categories which went through a rigorous judging process where KWFT came out strong as follows:

KWFT commends the Kenya Bankers Association for providing a platform that encourages all Financial Institutions to embrace the Sustainable Finance Initiative (SFI) guiding principles to ensure the success of the banking industry.

hese cases are perfectly simple and easy tv. In a free hour, when our power of choice when nothing